If you didn’t already know, Wade and I are expecting our second baby in November (see the announcement here) so I thought it was time for a little update about my pregnancy! If you have been following along for a while you’ll remember that I did updates periodically during my last pregnancy, and I really enjoyed having those to look back on. It’s super hard for me not to compare this pregnancy to my last, so it’s kind of fun that I have all the details from a few years ago! I will do my best to do an update every so often, but I can already say that this pregnancy is flying by!! Before we get into the details I thought it would be fun to share how we found out I was pregnant!

HOW WE FOOUND OUT:
It was around the first week or so in March on a Sunday and we were all just hanging out at home. We just had a regular breakfast and I was relaxing with Zuri in the living room while Wade was cleaning up the kitchen. All of a sudden out of nowhere I remember roaring out “OMG babe, I really don’t feel well, can you come in here with Zuri for a minute, I think I’m going to be sick”. It was at that moment that we looked at each other and we BOTH had that exact look on our face like “no… do you think??” lol! I’m not one to get sick unless I am pregnant so it’s no wonder that was the first thing that came to our minds. I remember saying “oh no, I’m definitely not pregnant” and Wade just looked at me like “uh huh, yea right” haha it was too funny. So the day passed and so did my sickness but the next morning I was kind of curious and I had an old pregnancy test in the closet anyways, so I took it. It was negative and I said, “see! I told you I’m not pregnant!” We continued getting ready for the day and about 15 minutes later I saw Wade looking at the test again…. there was a VERY (and I mean VERY) faint line that just appeared out of nowhere! I was still convinced that it was negative, but I hate the tests that don’t just come right out and tell you. So that afternoon I ran to the pharmacy and bought the kind that either says YES or NO. I waited until the evening to take it and sure enough it read YES. I was honestly in shock!!! Didn’t know how to react! I was silent, then I cried, than I laughed – literally all of the emotions you could ever feel. It definitely took a few days to sink in, but then of course we were so excited!!

HOW MANY WEEKS: 14 weeks! I am officially out of the first trimester and couldn’t be happier about that!

HOW I’M FEELING: It’s no secret that the first trimester of pregnancy is pretty rough. From the story above you now know that I was sick and nauseous even before we took the test – and that didn’t go away. I was on Diclectin during my first pregnancy and knew that I needed to be on it again. I was also extremely tired and had to take naps as much as possible. Thank goodness Zuri is still taking a decent nap in the afternoon, because so many days I would have to lay down and have a sleep too! The tiredness and sickened stuck around for a while, but I’m actually starting to come around now! I am really surprised by this actually, because with Zuri I was sick the entire pregnancy – so fingers crossed that it actually passes this time!

SYMPTOMS: My main symptoms have been the standard nausea, sickness, sleepiness, and unfortunately I am already getting heartburn as well. A couple of symptoms that I got that no one has EVER told me about is pregnancy dandruff (didn’t even know that was a thing?) and this next one is TMI but super smelly gas LOL. I wasn’t going to share this but for all you who are thinking about having a baby soon, you need to know what comes with it! So, you’ve been warned!!

FOOD LOVE: For the first couple of months my diet was super limited because of the nausea. I was basically living off of salt crackers, cheerios and fruit. Once I started to feel better I started craving all sorts of different things. Right now my go-to’s are fresh toss salad with my favourite oil and vinegar dressing, orange jello, these New York Cheddar chips, fruit and then poutine LOL – which is funny cause I never eat poutine but did during my last pregnancy too! If you are local, my favourite on the river is from Ed’s Subs!

FOOD HATE: Anything with garlic really does NOT agree with me, and I am not a huge fan of meat. Just like last time I cannot cook meat in the house – the smell and watching it cook is NOT a good combo for me! (Sorry Wade, looks like we are vegetarians yet again!)

CURRENTLY LIVING IN: So like many mommas have told me, your belly definitely pops a lot faster the second time around. I can’t believe that my pants are already getting uncomfortable and I am resorting to the hair elastic trick! I haven’t been brave enough to haul out my pregnancy clothes, but I know that is coming up very soon. Mostly living in yoga pants and loose tops!

PRODUCTS I CAN’T LIVE WITHOUT: I am a total Bio Oil freak while I am pregnant and grease my belly, hips, and butt up every night. I also love this cream from Walmart and sugar scrubs from The Sweet Soaperie!

LOOKING FORWARD TO: Feeling more movements from baby and of course finding out the gender! Any guesses please leave them in the comments! I believe we find out around the end of June! 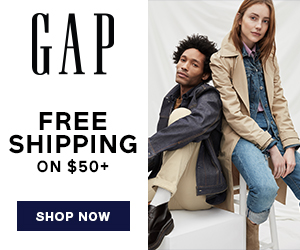 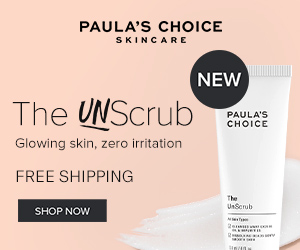 Thanks For Stopping By

Make sure to follow me on social media for daily updates!